We are starting beauties of Istanbul series with the finest of all the Ottoman mosque , built by the renowned architect Mimar Sinan for Suleyman the Magnificent , and is notably one of his greatest achievements. 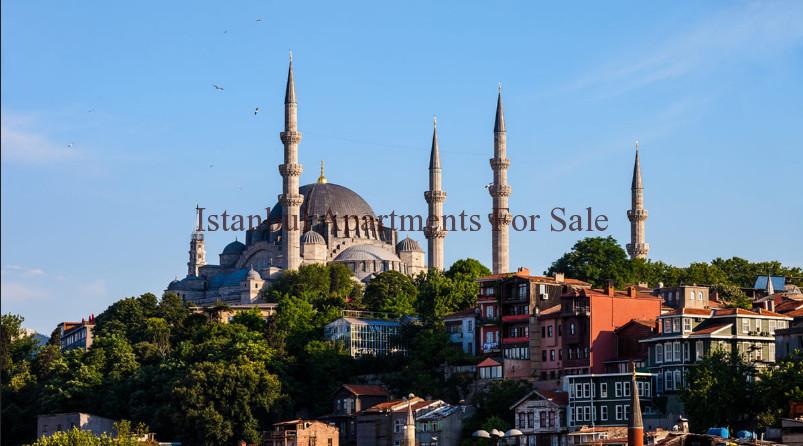 Construction began in 1550 and took seven years to build.

It was almost destroyed by a fire in Istanbul 1660 and restored by architect Fossati, who altered the design into a baroque style thus damaging the original great work made by Mimar Sinan. Restored again to its original glory in the 19th century and after another fire, caused by the ignition of ammunition stored there during World War 1, not until 1956 was it restored again and this is what you see today, one of Istanbul’s most visited sites. 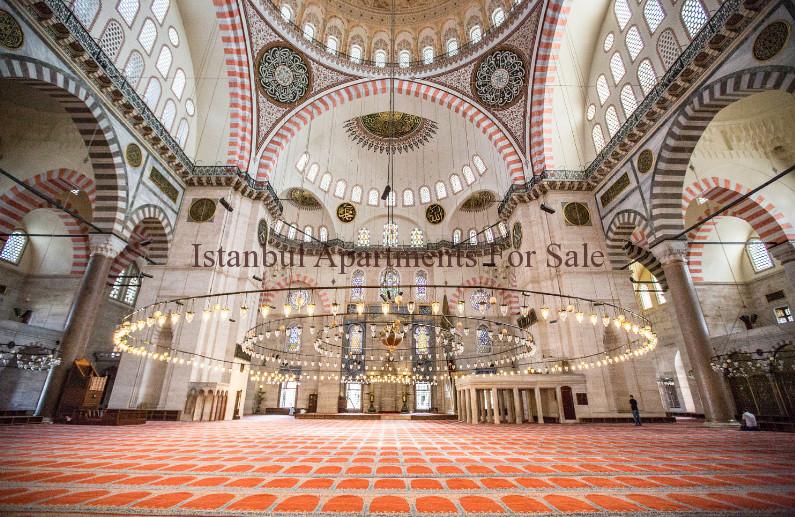 Dimensions
The mosque is 59m long x 58m wide and the main dome is 53m high with a diameter of over 27m.
Accessing the Complex
The grounds of the mosque are reached via “the market of the addicts” (Tiryaki Bazaar or Tiryaki Carsisi) so called because of the coffee houses there served hashish to either smoke there or take away and whose rents paid for the upkeep of the foundations.
Attractions in Suleymaniye Complex

Suleymaniye Library
Behind here is the Suleymaniye Library housing books from the reigns of six different sultans (access to the public of these is on microfilm only) and also has a book restoration department. 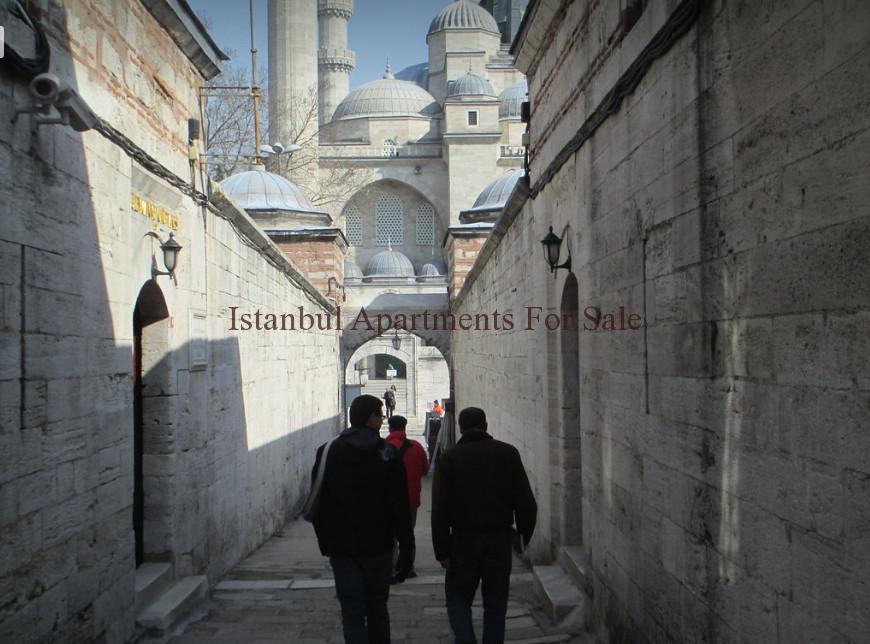 Other Attractions
Along with the prayer hall (mosque) and courtyard (avlu) the complex includes a kervansaray (hotel), a public kitchen (imaret) which served food to the poor and is now a restaurant, a hospital, a Koran school (medrese) and a bath-house (hamam), also built by Sinan and where he bathed from 1557 to 1588. In the adjacent cemetery gardens behind the mosque are the beautiful and elaborate tombs of Suleyman and his Sultana Roxalana.
Location
The Suleymaniye Mosque is located in between Beyazit and Eminonu .It is also walking distance to Grand bazaar , Sultanahmet mosque,Topkapi palace and Basilica Cistern

Article Name
Beauties of Istanbul Series The Suleymaniye Mosque
Description
We are starting beauties of Istanbul series with the finest of all the Ottoman mosque , built by the renowned architect Mimar Sinan for Suleyman the Magnificent , and is notably one of his greatest achievements.
Author
Armaya Real Estate
Publisher Name
Istanbul Apartments For Sale
Publisher Logo