Buyukcekmece sits in the suburbs on the western European side of Istanbul , on the Sea of Marmara , and is believed to have been the site of a Greek colony called Athyra.

History
At the start of the Ottoman era Buyukcekmece’s region consisted of empty forest and farmland that was gradually settled by Turkish people coming from the Balkans and the Caucasus and in the early days of the Turkish Republic it was completely rural having village houses by the sea that went on to become popular for day trips and weekend retreats for the residents of Istanbul.Still one of the popular holiday resort for Istanbul residents

On the outskirts of Buyukcekmece is Silivri which is the site of the Megarian colony known as Selybria that was established in 677 BC and became part of Byzantium during the 3rd century and traces of this can be found in Kale Park. The Byzantines built the equivalent of Hadrian’s Wall here to defend against the Bulgars and the 56km wall made of turf and stone was known as Anastasian Wall and ran from Silivri all the up to Evcik on the Black Sea. 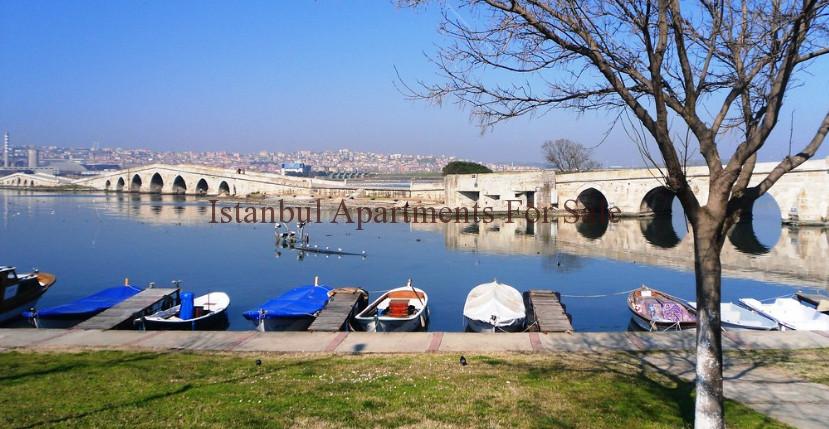 Sultan Suleyman Bridge
Today Buyukcekmece is mostly famous for the “Sultan Suleyman Bridge” that was built by the renowned architect Mimar Sinan and although it’s one of his finest constructions it is also one of the least visited monuments. The bridge, built between 1565 and 1567, spans Lake Buyukcekmece that once merged with the sea and was separated by a dam built to supply fresh water to Istanbul, it is actually one of four bridges constructed covering a distance of 640 metres and all of which replaced earlier Roman structures that had decayed. The bridge is inscribed with Sinan’s name and has several pretty bird houses attached along the sides and there are other ruins here such as inns and a caravansary that indicates this was a stop off place whilst on route to Europe.
Cafes along the coastline
At the centre of Buyukcekmece, and along the lovely sandy seafront, there are tea houses and picnic and play areas with lovely sea views.

How to go Buyukcekmece

Via :Metrobus line first station
Via :Public bus from Yenibosna and Taksim
Via :Shuttle from Esenyurt 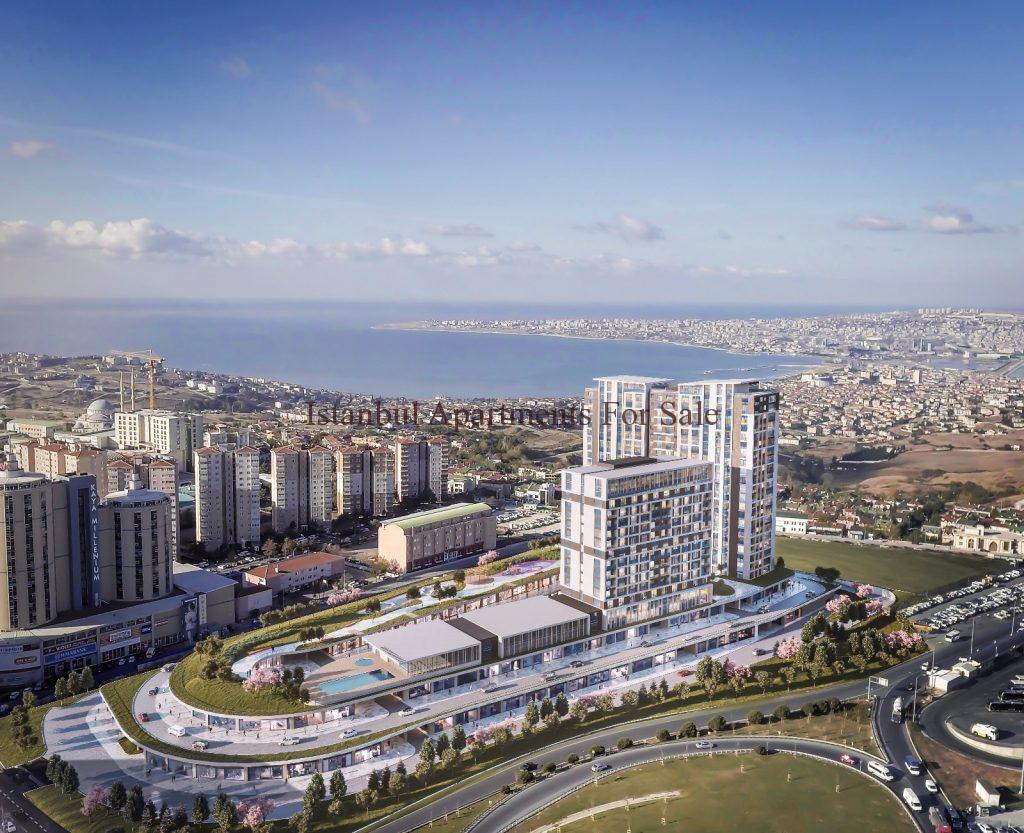 Article Name
Beauties of Istanbul Buyukcekmece
Description
Buyukcekmece sits in the suburbs on the western European side of Istanbul , on the Sea of Marmara , and is believed to have been the site of a Greek colony called Athyra.
Author
Armaya Real Estate
Publisher Name
Istanbul Apartments For Sale
Publisher Logo