Istanbul has very rich history .Galata tower is one of the famous symbol for Istanbul.Although the exact date the Galata Tower was built is not know, it is claimed it was during the reign of the Byzantine Emperor Anastasius in 507. It was called the Christea Turris (Tower of Christ) by the Genoese and the Megalos Pyrgos (The Great Tower) by the Byzantines. It took its present shape during the Genoese period and was badly damaged during an earthquake in 1509 and restored by the famous architect Hayrettin. 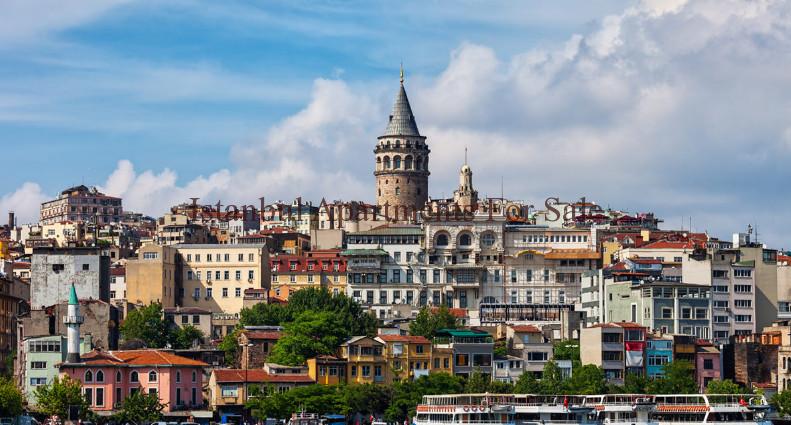 During the reign of Suleyman the Magnificent (1520-66) it was used as a jail for prisoners who had been sentenced to work at the Kasimpasa Naval Dockyard.
In the late 16th century Head Astrologer, Takiyeddin Efendi, established an observatory at the top of the tower which functioned for many years but it was closed and again turned into a prison by Sultan Murat III (1546-1595).

In 1638, during the reign of Murad V, the early aviator Hezarfen Ahmet Celebi used artificial wings to fly from the tower across the Bosphorus to the slopes of Uskudar on the Anatolian side.
The Mehter Band, the Janissary band of musicians, used the tower at the end of 17th century and after 1717 it was used as a fire-observatory tower but unfortunately was itself destroyed by fire in 1794.
Repairs
The tower was repaired during the reign of Sultan Selim III (1761-1808 and a cumba, a little room made of wood, was added to it. There was another fire in 1831 and Sultan Mahmut added two more floors, had the top of the tower covered with the famous cloth in the shape of a conical hat and an inscription written by Pertev Pasa about the tower’s repair works was attached at that time. After a bad storm in 1875 the framework of the roof was damaged and was not repaired until 1960. 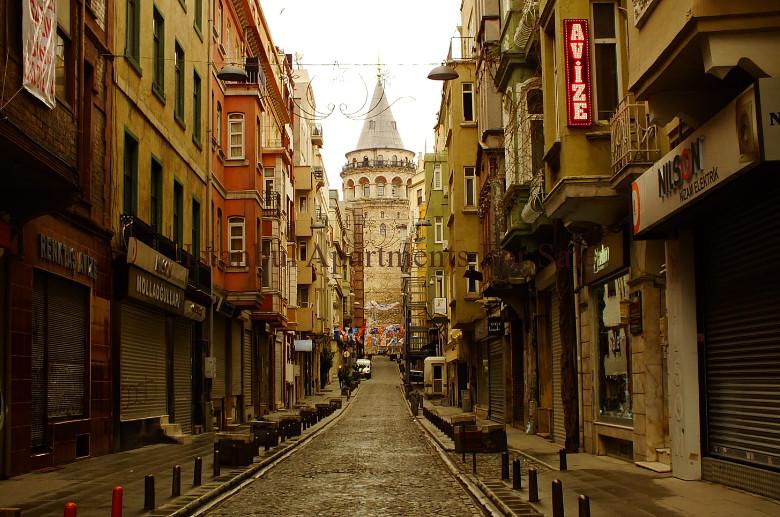 Galata Tower Today
The tower’s height is 66.90m (62.59m excluding the ornamental top); the outer diameter 16.45m; the inner diameter 8.95m and the wall thickness 3.75m. Today the Galata Tower is used strictly as a tourist attraction, it has a restaurant on the top floor and from the balcony encircling the tower you get 360˚ views of Istanbul and the Bosphorus. It has an elevator that takes you to the 7th floor and the last two floors have to be climbed using the stairs.

Via Metro :Take metro and stay Sishane station only 100 mtr from metro

Via Tunnel Train :Take train from Karakoy to Tunel station 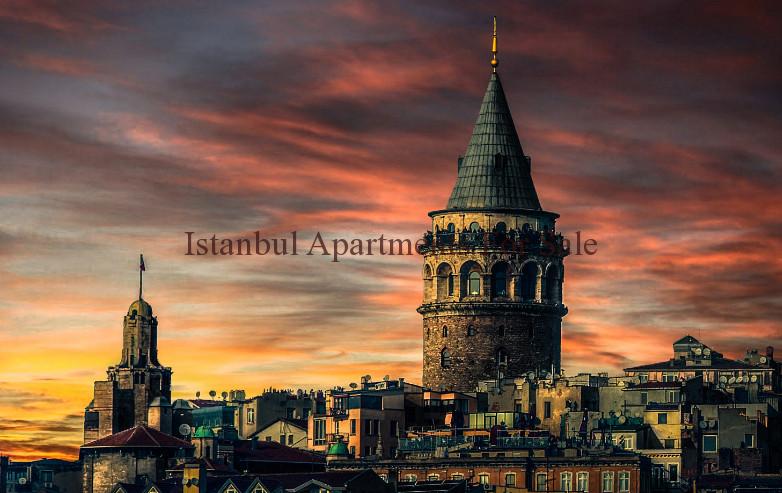 Article Name
Beauties of Istanbul Galata Tower
Description
Istanbul has very rich history .Galata tower is one of the famous symbol for Istanbul.Although the exact date the Galata Tower was built is not know, it is claimed it was during the reign of the Byzantine Emperor Anastasius in 507.
Author
Armaya Real Estate
Publisher Name
Istanbul Apartments For Sale
Publisher Logo